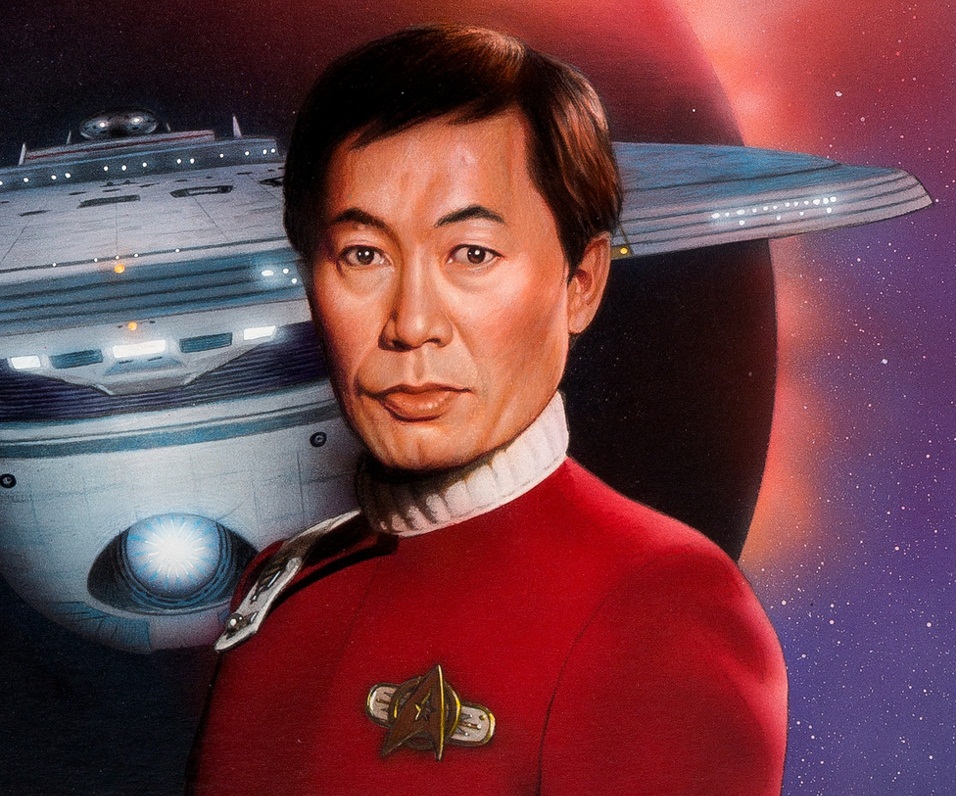 No, I’ve never had the honor of meeting Mr. George Takei (known as “Uncle George” to his fans). However, his reputation has traveled far and wide. In Willian Shatner’s autobiography, he described Takei as the “official Star Trek cheerleader.” By that, he meant you could always count on Takei to be the first to greet fans lucky enough to tour the set,  embrace them, and to be sure everyone was having a good time. His warm-hearted, and accepting nature is especially impressive when you learn he was sh*t on most of his life by guys like me.

What do I mean by “guys like me?” Well, I’m a straight, white guy with a military background that suggests that (had I been born in another time) I could have found myself guarding one of the concentration camps that housed his Japanese-American family during World War II. Does that make me ashamed to be what I am? No. Because I personally have never gay-bashed anybody, nor have I (to the best of my knowledge) treated Asians any differently than anybody else. In fact, it makes me proud to look at a fellow American like Takei as an example of what is good about my nation and my culture and I’d love to shake his hand.

And he still stands tall after all these star-crossed years. Obviously, he’s opposed to Trump (as am I), but instead of attacking what Trump is, Takei defends what Trump isn’t. Some seventy years out of the concentration camp, Takei fiercely defends a diverse and accepting vision of America that embraces all of us and hopes we are having a good time.

Why am I fan-gushing over Uncle George just now, you ask? Because the Washington Post just published an op-ed by Takei that you’ve just got to read:

And no, I am not plugging my books with this post. Uncle George’s message is too important to add such a distraction.

This site uses Akismet to reduce spam. Learn how your comment data is processed.