As you can see, I’ve written on a wide range of subjects… from space stories to spy stories. You’re likely to find something you like. I even have a few games and a non-fiction work up for grabs. All of these books can be found on Amazon. 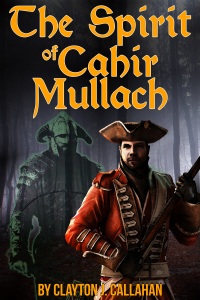 The legend of Lord Oisin was well known in Balie. His heroic defense of the town against the Viking raiders was the stuff of story and song. And, it was said that his spirit still dwells within the ruins of his great castle, Cahir Mullach.
But in more modern times, war seems less heroic. Thousands of unnamed redcoats are now returning from the ill-fated American War, one Michael Snodgrass included. Unwanted by a country that wishes to forget defeat, he now marches across Ireland at an indifferent King’s bidding.
And when a cantankerous bureaucrat sends poor Michael to be quartered in the ruins of Cahir Mullach, he has no choice but to obey…and neither does his host. For the King’s law is clear and any subject must make welcome a soldier who holds an official billet in hand…to include a subject now eight hundred years dead.

Welcome to a future!
No, not THE FUTURE, that unknowable, vicious thing that even now encroaches upon our realities—just a future. A future full of fascinating situations, quirky characters, alien planets, and star-spanning adventure for your reading enjoyment.
So kick back, pop open a beer or brew some herbal tea, and enjoy Star Run one story at a time. There’s no need to rush here, just a bunch of rich stories for you to slowly savor while you let the day’s stresses fly away at light speed.
Enjoy.

The Screaming Eagle is a hardscrabble bar at the edge of human colonization. Veterans are welcome, but others can come too if they want. This includes a lost grad student from Earth.
The kid’s had a rough time out on the ragged frontier; he barely survived a raider attack before stumbling into the bar with a gut full of guilt. Now it’s up to the old spacers of the Screaming Eagle to help get the poor kid back on his feet. They better do it quick too, or the guy might not survive what just

This time the fair maiden must rescue prince charming — but she’s no maiden and she doesn’t fight fair. Liddy is a convicted smuggler with one chance at a pardon. A young lieutenant, who happens to be the governor’s son, is missing in action. To succeed, she must form an alliance with the cop who arrested her and fly deep into alien territory to get the job done. Nothing about this mission is easy; at every turn, Liddy must push her courage, her resourcefulness, and her trust to the limit just to survive. In the end, there can be only one way to bring the governor’s son and his fellow survivors home, but it’s going to take a starpilot who’s truly crazy to pull it off.

All Liddy wanted was her spaceship back…was that too much to ask?
\But wouldn’t you know it, some jerk in a black jacket wanted the Sundancer too. Now two ex-cons each own half of a one-man ship. So they make a deal: the first to raise enough cash to buy the other out wins Sundancer. It’s a nice simple arrangement that can’t be screwed with. Why the only possible thing that could foul up this neat little competition is…love.
Liddy and Jack are NOT the ideal couple. They’re bringing their messed up broken selves into this whirlwind relationship without a map, a clue or even a flashlight to illuminate their way. But sometimes friendship comes natural, camaraderie grows powerful and love becomes inevitable.

As great space fleets pound each other to slag with mason cannons and photon torpedoes, the men and women of the infantry must still slug it out in the dirt. So watch your back, trooper. Always check your corners and be ready to dive for cover. This is a fight for the Ground Pounders! These rules offer a chance to simulate ground combat in a science fiction setting without spending a fortune on overpriced models. The game assumes a state of war exists between two evenly matched technological societies. The goal is a well-balanced game where tactical skill, not super weapons, determines victory.

With HO figures available ranging from Trojan warriors to modern troops, this game covers them all. Choose from any historic conflict, create your armies, then match them in
battle with your friends over soda and chips (or pretzels and beer).
The rules are fast moving and create an exciting tempo of play that realistically simulates the tactical dilemmas of skirmish combat. All you need is some commonly available model soldiers, some regular six-sided dice, a measuring stick and these rules. 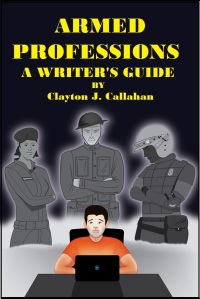 A must-have resource for writers who have a great idea for a tale of soldiers, spies or policemen, but have no experience as such. Written by a man who has spent his life wearing a uniform and carrying a gun in numerous capacities. This book gives you a clear understanding of what it’s like in the world of armed professions.